In honor of Diana Spencer, the Princess of Wales birthday (born: July 1, 1961  died: August 31, 1997, in Part One of a two part series I will discuss the history Althorp which is the Spencer ancestral home located in Northamptonshire, England which is about 75 miles from London.  The Spencer family has lived there for more than 500 years and Diana spent her childhood years there.  Althorp is now currently the home of Charles Spencer the 9th Earl of Spencer; Diana’s brother famously spoke out against the treatment of his sister at her funeral in Westminster Abbey in 1997.  Today, Althorp is best known as the final resting place of Diana, the Princess of Wales and has become a tourist destination for many visitors to England. (Please click on the link to Part Two for more information about Althrop including a tour of the various rooms of the house, the grounds and Diana’s gravesite on the island of the the Round Oval)

The History of Althorp And The Spencer Family

Althorp has existed since medieval times as a small hamlet which was originally situated on the southwest side of the property just east of the current West Lodge.  By the 15th century the small population had dwindled and eventually all the residences had moved away.

In 1508, John Spencer purchased the Althorp property from the Catesby family with money earned from his sheep business.  The land consisted of 300 acres of grassland and another 100 acres of woodland with 40 acres covered with water.  Over the next four years, Spencer worked hard and the property was divided into four large sheep pastures.

When John Spencer died in 1522, the estate passed to his youngest son, William.  William was the Sheriff of Northamptonshire and he owned it until his death in 1532.  Over the next several years the property remained in the Spencer family with ownership passing from father to son.  By 1603, Robert Spencer had been made the 1st Baron of Wormleighton and King Charles I had planned a Royal visit to the estate.  Althorp was enlarged to accommodate the King and his court, a new drawing room was built and the main hall was enlarged for a grand banquet.

After Robert Spencer’s death in 1627, Althorp went to his son William.  Several more years passed and the estate ownership went from father to son.  Henry Spencer, the eldest son of William was rewarded the title of Earl of Sunderland after his honorable military service, unfortunately he was killed in battle at the age of 23.  At the time of his father’s death, his eldest son, Robert, was only two years old.  Robert soon grew into a temperamental young man and because of his controversial views on the monarchy he was eventually forced to leave the country.  Almost ten years had passed when he returned from the Netherlands and at that time there had been a drastic reversal of his political opinions.  He had quickly regained favor with the King and subsequently became Lord Chamberlain of the Royal Household in April 1697.  During his time as owner and custodian of Althorp, Robert had rebuilt the house and also made many improvements and changes to the grounds.

Robert died in 1702 and his son Charles inherited the estate and held Althorp for twenty years and he greatly expanded the library by adding several hundred volumes of books.  In 1700 Charles brought a higher level of notoriety to the family when he married Anne Churchill, the daughter of John Churchill the first Duke of Marlborough; the marriage brought an important connection between the Spencer and the Churchill families. 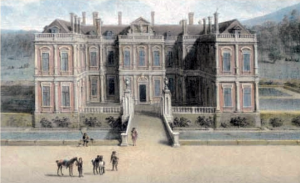 Over the next fifty years, Althorp passed through several more generations from father to son to brothers to son again.  The rules of British inheritance were very strict regarding property and aristocratic titles, so for this reason the title of Duke of Marlborough came to the Spencer family through their connection with the Churchill family.  Also the monetary value of the estate had increased dramatically throughout this period, when John Spencer died in 1746 his son, also named John, received the largest inheritance in England at the time.

John, the 7th Earl of Sunderland and 4th Duke of Marlborough, served as a Member of Parliament representing Warwick from 1756 to 1761.  John lived a lavish lifestyle, dressing in expensive clothes and entertaining in a grand manner.  When he turned 21 years old, there was a large ball for 5,000 guests held at Althorp in December 1755 and during the party John secretly married Margaret Poyntz and they waited to announce their marriage until a few days after the party.  The good fortune of John continued and in 1761 King George III made him a Baron and he became Viscount Spencer, then in 1765 he became Earl Spencer. 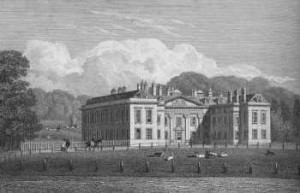 In 1783, upon the death of his father, George Spencer (2nd Earl of Spencer) inherited Althorp and he went onto have a very successful political life.  He served as Whig MP for Northampton from 1780 to 1782 and then for Surrey from 1782 to 1783.  George was also very interested in Althorp’s library and, through his literary pursuits, turned it into the one of the largest private libraries in Europe.  As George became an old man, his book collecting became an obsession as he attempted to collect every volume published in Britain.  Unfortunately, after starting out as one of the richest men in England, by the time of his death in 1834 he was deeply in debt. 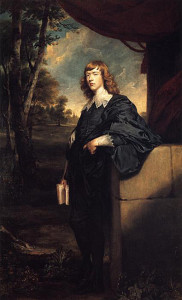 John, the 3rd Earl of Spencer, was able to work through his father’s debts without losing Althorp’s large book collection.  He was also to maintain the estate as well as the additional Spencer houses and properties which had become quite extensive.  There was Spencer House in London, a home in Wimbledon, a farm in Wiseton and a hunting lodge in Norfolk.  John drastically reduced his living expenses and reduced the staff of Althorp by living the majority of the year at the small house in Wiseton.  The other Spencer lands and properties were leased or sold and gradually by the time of John’s death in 1845, the Spencer estate was profitable once again.  By the time of John Spencer, the 5th Earl of Spencer also known as the Red Earl, inherited the estate in 1857 it was once again in financial debt.  To clear the debt and maintain the estate’s many holdings, the majority of the large book collection was sold to be used in the University of Manchester. 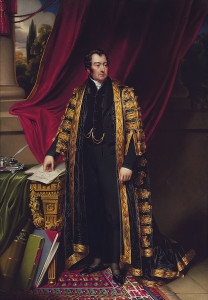 The financial problems of the Spencer family continued through the late 19th century and into the early 20th century, so many of the estate’s properties and assets were sold.  By the time of Albert Spencer, the 7th Earl of Spencer, inherited in 1922 the fortune of the estate was still financially troubled and despite his heightened interest in art, he needed to sell many of Althorp’s paintings and other pieces of artwork to help decrease the debt owed.  Fortunately, during World War II Althrop was not used as a military barracks or converted into a hospital for the wounded soldiers but Albert did grant them permission to use the estate’s stable instead and the main house at Althorp remained used for the duration of the war.    With Spencer House being located in London, during the Blitz and the frequent German bombing and the decision was made to move most of the furniture and valuable items to Althorp for safekeeping. 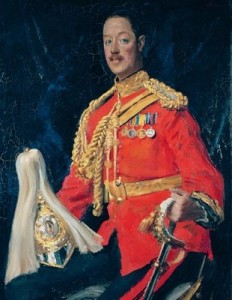 After the war, the Althorp estate was opened to the public for tours in 1953 to raise revenue for taxes.  Upon the death of his father in 1975, Edward Spencer, the 8th Earl of Spencer, inherited the estate.  (Edward served as Equerry to King George VI and later for Queen Elizabeth II)  It was a this time that Edward and his young family of three girls and one boy came to live at Althorp, the youngest daughter was destined to marry Prince Charles the heir to the British throne in 1981 and she became Diana, the Princess of Wales.  Diana and siblings enjoyed their childhood at Althorp despite the fact that their parents had gone through a bitter divorce in 1969 and their mother’s subsequent abandonment when Edward was awarded custody of the children. 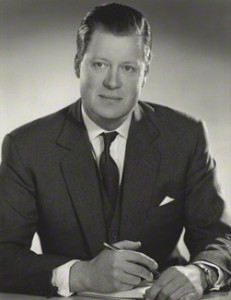 By the time of his death in 1992, the Althorp estate was still losing money regardless of the fact that many pieces of antique furnishings were sold.  Charles Spencer, the 9th Earl of Spencer and current owner of Althorp, has been able to slowly pay off some of the debt to keep the estate running.  To pay for an extensive restoration project to repair the roof and stonework of Althorp, Charles auctioned hundreds of furnishings and other items which had long been in storage.  After the death of his sister, Diana, in tragic car crash in Paris in 1997 and her burial on a small island on Round Oval Lake at Althorp visitors flocked to the estate to pay tribute.  Despite the increased funds that this recent tourism has brought to Althorp is unsure as to whether it can be sustained over an extended period of time to provide the massive expenses needed to run the large estate. 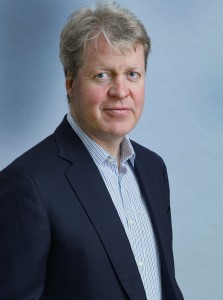 Please click on the link to Part Two for more information about Althrop including a tour of the various rooms of the house, the grounds and Diana Princess of Wales final resting place.