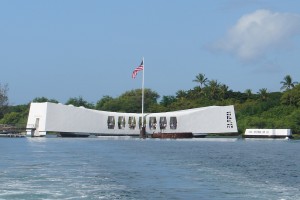 December 7, 1941 – “A day which will live in infamy”.  There are other historic dates in American history, such as: November 22.1963 – the day John F. Kennedy was shot or September 11, 2001 – the day terrorists attacked the World Trade Center and the Pentagon.  Every generation seems to have pivotal moments in time when we remember exactly where we were, what we were doing and who we were with when a national tragedy happens.

My husband’s grandfather was on the U.S.S. California battleship when the Imperial Japanese Navy launched an aerial assault on the United States Naval Base at Pearl Harbor, Hawaii.  This direct attack on American soil was the action that led to the United States involvement in World War II.  When we were planning a trip to Hawaii, we knew that we wanted to take our daughter there to see the place where her Great Grandfather was on that fateful day.

The new Pearl Harbor Memorial and Visitor Center is located on the island of Oahu, Hawaii.  The facility serves as the main entrance and centralized ticket location for tourists visiting Pearl Harbor’s four historic sites:

When we visited in 2008 it was before they built the new visitor center and had an advanced reservation ticket system.  We took the 75 minute memorial tour that included a 23-minute documentary on the 1941 Pearl Harbor attack and a shuttle boat ride out to the USS Arizona Memorial.

Dedicated in 1962, the 184 foot Memorial structure spans the sunken remains of the USS Arizona battleship and has many viewing areas of the submerged shrine.  At one end of the assembly room is a huge marble wall with the engraved names of the 1177 crewmen killed on the USS Arizona that day in 1941.  After our return boat ride back to the visitor center we spent a couple of hours in the museum which was filled with historical memorabilia, multimedia exhibits and interpretive displays.  It was a very somber feeling to view the memorial site but our visit to the museum helped us understand the planned Japanese military attack and it was a very important history lesson.

We had also purchased tickets for a tour of the USS Missouri battleship which is located on historic Ford Island.  Due to Navy security restrictions the only way to get there is on a bus shuttle that we boarded at the Visitor Center.  We took the “Mighty Mo” tour which was a 35 minute guided tour and my husband enjoyed all the detailed information about the battleship.  We had a bit of luck when our tour guide let us into the special battle control center only available on the VIP tours and even turned off the lights to simulate battle conditions. The USS Missouri was the site of the Japanese surrender on September 2, 1945 in Tokyo bay.  There is now a bronze plaque marking the exact spot where the surrender ceremonies were held and we got to see the original documents signed by General MacArthur. 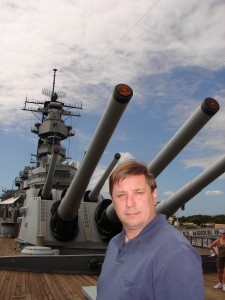 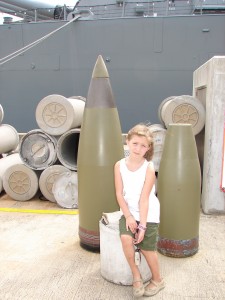 For current information see the National Park Service website at www.nps.gov/valr/
or the Pearl Harbor Hawaii website at www.pacifichistoricparks.org