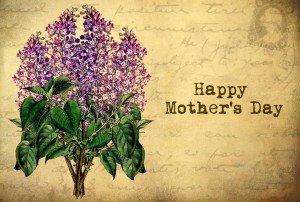 Mother’s Day is coming up this month and (hopefully) sons and daughters around the country will be remembering their mothers.  Traditionally Mother’s Day is an annual holiday celebrated on the second Sunday in May.  This special day is meant to recognize mothers and acknowledge their contributions to our lives through their care and support of their families.

A Brief History of Mother’s Day

Back in 1868, there was committee establish by Ann Jarvis with the purpose to reunite families that had been divided by the Civil War.  Previously she had organized a “Mother’s Day Work Club” during the war to improve the sanitation and health conditions in both the Union and Confederate encampments at the time of a severe typhoid outbreak.  After the war, she continued her efforts to establish an annual memorial day to honor the service of these dedicated women who had work so hard for their sons during and after the Civil War.  There were only limited celebrations at a local level and unfortunately the idea never became popular at a national level during her lifetime and Jarvis died in 1905.

Eventually the Mother’s Day holiday celebration became overly commercialized and the original meaning of the holiday was quickly lost.  In a strange twist, Anna Jarvis, the women who worked so hard to establish an annual Mother’s Day to honor her mother and the mothers of sons that died in the war, became a major opponent of the commercialization of the holiday.  She spoke out against the practice of purchasing greeting cards when people became “too lazy to write personal letters” to their mothers.  She was so strong in her opinion that she “wished she would have never started the day because it became so out of control” and she was even arrested in 1948 for disturbing the peace while protesting against the commercialization of Mother’s Day.

Mother’s Day is now one of the most commercially successful American holidays.  It has become the most popular day of the year to dine out at a restaurant and it generates a large portion of the U .S. jewelry industry’s annual revenue from custom gifts like the mother’s ring.  (I must admit that we bought my mother one of these rings with the birthstones of her for daughters)  Americans also spend approximately $68 million on greeting cards, $2.6 billion on flowers and over $1.53 billion on the recent idea giving gifts to pamper our mothers like spa treatments.

Mother’s Day gifts are available in wide range of prices, from the very expensive and extravagant to the inexpensive, thoughtful and very personal hand crafted items.  Listed below are some great gift ideas for Mother’s Day: