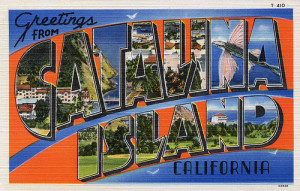 Years ago, when I was a child growing up in Southern California, I remember taking a special summer day trip to Catalina Island.  Part of the adventure was traveling by boat to the island and seeing the flying fish as we crossed the Pacific Ocean from the port of Long Beach to the tiny city of Avalon located on the island.  It was such an exciting sea adventure!  Then, once we arrived at Catalina we took a ride on a glass bottom boat to see the underwater sea creatures hidden in the kelp forests, toured the Wrigley Mansion with its beautiful gardens which were at the top of the hill overlooking the city and also the Catalina Casino located on the other side of Avalon Bay.  We had so much fun that day and I have so many wonderful memories!!

Catalina Island is part of the Channel Islands archipelago and is located just 22 miles from the coast of California.  The island measures 22 miles long and 8 miles across at its widest point.  Archeologists have found evidence that the first settlers to the island, dating back to 7000 BC, were a group of Native Americans known as the Pimugnans or Pimuvit.  Other archaeological findings indicate that the Pimugnans settled near the present day city of Avalon and that they mined soapstone on the island and traded with other Native American tribes along the coast of California.

Documentation indicates that the first European to visit the island was a Portuguese explorer named Juan Cabrillo.  He arrived on October 7, 1542 claiming the island for Spain and naming it San Salvador.  The island remained unsettled by the Europeans for almost 60 years until another Spanish explorer, Sebastian Vizcaino rediscovered the island and renamed it Santa Catalina.

By the 1830s, a series of catastrophic events caused the island’s entire native population to be eliminated from the island.  With the Spanish colonization on the island, the Pimugnans population significantly declined due deaths caused by the introduction of diseases to which the Native Americans had no natural immunity.  Also the Pimugnans trade system was severely disrupted by the presence of the Spanish on the island and along the coast of California with the establishment of the chain of Missions by the Franciscan friars.  The remaining Pimugnans migrated from the island to find work at the Missions or on the vast rancheros owned by the Spanish settlers.

Over the centuries, the island has been used by distant Aleutian hunters from Russia and eventually local American hunters using it as a basecamp for the lucrative sea otter and seal pelt industry.  An abundance of these animals in the waters around Catalina, the nearby Channel Islands and along the coast of California provided a seemingly unlimited supply of these pelts which were in demanded at very high prices to foreign markets.  Later the island was used by frequently by pirates because of the numerous coves which provided the perfect hiding places which were within easy travel distance from the coast.  (Catalina Trivia: China Point, which is located on the southwest end of Catalina, received its name because that area of the island was once used by smugglers to hide illegal Chinese immigrants)

Over the following years, the ownership of the island changed hands numerous times.  In 1846, the Mexican Governor awarded the island in a large land grant to a local sea captain named Thomas Robbins.  Then, in 1850 it was sold to Jose Covarrubias who sold it to Albert Packard in 1853 who sold to James Lick in 1864 and maintained control of the entire island for the next 25 years.  Catalina Island was eventually developed as a vacation destination due to its close location to the growing metropolis of Los Angeles on the mainland of California.  In 1887, the Michigan real estate developer, George Shatto, built the island’s first hotel located at the site of the new city of Avalon.

Then in 1891 the Banning bothers bought the island from Lick, formed the Santa Catalina Island Company, and immediately started developing it as a vacation resort.  The main focus was the small island town of Avalon where more tourist accommodations were built but additional improvements were made around the entire island with dirt roads into the interior were paved, hunting lodges were constructed and stagecoach tours around the island were soon started.

In 1919, the island came under the ownership of William Wrigley Jr., the chewing gum company owner, when he purchased a controlling interest in the Santa Catalina Company.  Wrigley invested millions to further develop the island and constructed the Catalina Casino which opened in May 1929 attracting tourists from the mainland of California.  (Catalina Trivia: Wrigley also owned the Chicago Cubs baseball team and starting in 1921 their spring training facility was located on Catalina from 1921 until 1951) 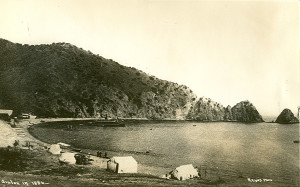 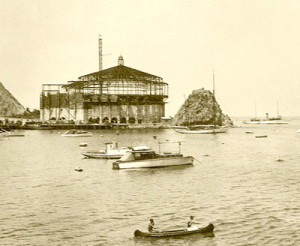 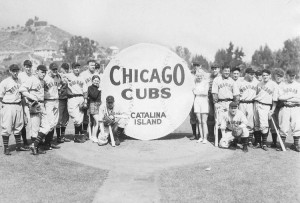 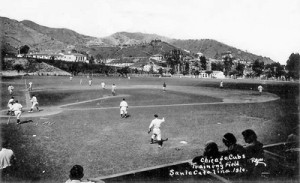 After the death of Wrigley in 1932, the control of the Santa Catalina Island Company sent to his son, Philip Wrigley, who continued with his father’s master plan to develop and improve the island.  The island was closed to tourists during World War II and used as a military training facility.  Upon his death in 1975, Philip Wrigley deeded 90 percent of the original Santa Catalina Island Company, approximately 42,135 acres; to the newly formed Catalina Island Conservancy (which he helped to establish in 1971) while the remaining 10 percent was retained and control of a majority of the resort properties and tourist operations on the island.  The Conservancy, a private nonprofit organization, has made it their mission to protect and preserve the natural and cultural heritage of Catalina.

Catalina can be reached by passenger ferries that depart from Long Beach and San Pedroas well as Newport Beach.  The island can also be reached by helicopter service from either Long Beach or San Pedro.  Please see the following website, www.catalinachamber.com, for more specific information on traveling to Catalina and to view available dates, times and prices.  (Travel Note: Back in the 1990s the Royal Caribbean, Princess and Carnival cruise lines starting making Catalina a regular stop on their Baja cruise itineraries.  The ships usually anchor approximately 100 feet outside of Avalon Harbor and passengers are ferried by small boats onto the island)

Catalina is unique because motor vehicles are restricted on most areas of the island with the exception of the city of Avalon.  Most residents use golf carts but bicycles are also a popular alternative and there are several rental shops available for tourists to rent either types of transportation.  The Catalina Island Conservancy offers bus and jeep tours into the interior of the island and they also issue hiking and mountain biking permits that can be obtained through the Conservancy office.  (Travel Note: Hiking permits are free but there is an annual fee for mountain bike permits with additional helmet and tire requirements)  For more information regarding transportation on the island of Catalina, please see the website www.catalinachamber.com

Things to see and do on Catalina

Once visitors are on Catalina there are numerous sites to see and a variety of activities to enjoy.  Here is a list of just a few of the things to see and do on the island: 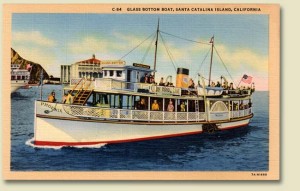 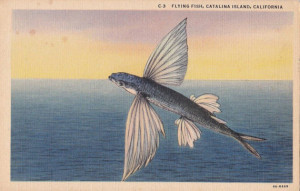 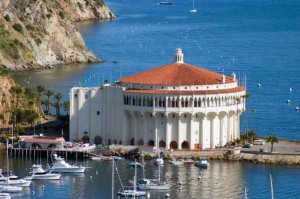 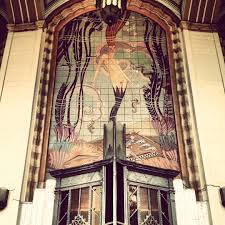 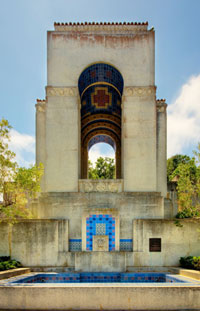 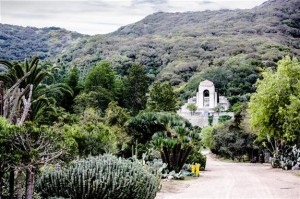